I'm writing this two days removed, in the midst of my reentry to the everyday, non-album-recording world.

Goodness do I love being in the studio. The big surprise on day four was the piano. When we arrived at Westend, we didn't even know they had one. But the small upright branded "Young Chang" delivered the goods, once tuned. Or more accurately, Steve Fisk wielded Young Chang like a Shaolin Master of the Keys (he even plucked the piano's harp with his fingers!) as I pretended to be a Pro Tools op. So, unexpectedly, piano is a big part of this record. I got to play some stuff, too. 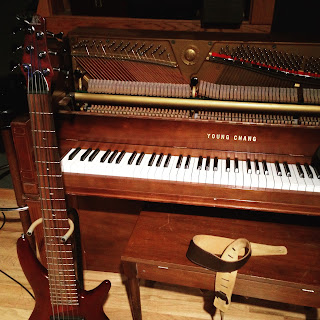 I also threw down a ton of guitars, and deployed my Eastwood electric mandola on record for the first time! The biggest sound was probably the steel string double of the main guitar line in Goats, Biscuits, Bees. That guitar is my oldest - a custom ordered Martin that predates the theft of all of my guitars when I was in college - and so it's a special thing to use it in such a prominent way. 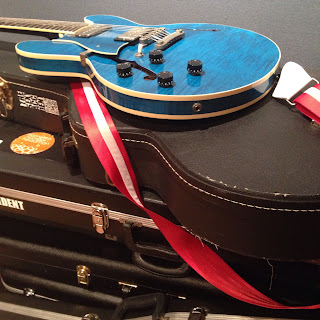 There's a point on all these records where it comes down to me and Steve. Whether it's the wee hours bouncing rough mixes, or me tentatively dialing in a sound for the claves as the guy who produced some of my favorite records of all time throws down a dub, he's the one there to see the project through after the band splits. We've been working together for seven years to the month. To Steve!

And with that, I become Jesse Kates, Innovation Manager, once again. At least until we resume overdubs with Paul Malinowski in September!