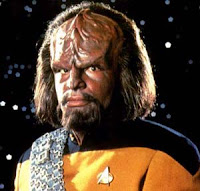 Welcome to the year 3492
Frankly, the passage of time bores the Sexy Accident. Therefore, we have become "non-linear."

However, since "time" interests you puny humans, we will use your quaint chronological conventions to convey the time and space (relative to YOU, anyway) where we will manifest and bring our intergalactic rockn'roll.

"January" Live Performances
First, we will coalesce at swank, plush recreational entertainment lounge-space "The Living Room" (1818 McGee) on Thursday, January 20 for a hybridized acoustic and electric sonic probulation event in worship of Cody Wyoming. The show will begin when entities Camry & Jesse materialize to exhibit melodious synchronized vocal movements. Later, a more explosive sound will ensue when additional entities take the stage, forming what you earthlings call "a band." The event will begin (for YOU), at 9pm. For us, the event has already taken place.

After discarding the husks of our inessential companions following a bizarre mating ritual that resembles what you would call "belly dancing," but with axes, entities Camry & Jesse (now merged into one entity called Beelzeblotz) will manifest two additional times, first at Press in Crosstown Station (1522 McGee) on Wednesday, January 26 at 7pm. Again, synchronized vocal movements will be observed. Again, you will feel our wrath.

As if that weren't enough, you will all perish in firey atomic death when Camry & Jesse materialize at alcohol depot Coda (1744 Broadway) at 9pm on Friday, January 28th. If the Illudium death device fails to activate due to an unanticipated rift in spacetime, then you will be entertained again by synchronized vocal movements.


Your very existence offends us